As puppies, Amore and Dolce were simply irresistible. And they knew it! 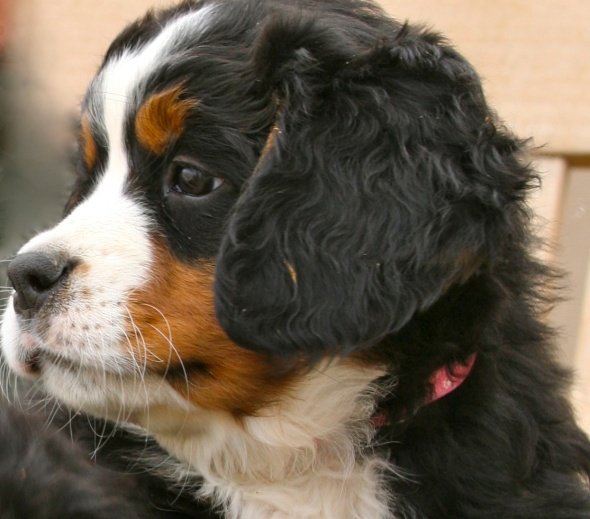 With their little white-tipped tails wagging to and fro, their noses wrinkling as they sniffed new territory, their puppy breath as they pressed puppy kisses on us – as puppies,  they were the sweetest, cutest little things.  They were absolutely adorable, simply irresistible!

They each had their particular quirks.  Dolce would tilt her head as she was learning a new command, you could almost see the wheels turning as she was figuring out the process, her brain working out the equation.  Of the two, Dolce learned her lessons quick and fast.  She also learned she would be rewarded with a treat if she scored high on the test.  After she accomplished her task, she would sit at our feet, tilting her head to the side, patiently waiting for her gold star, her treat.  Again, you could visualize her thought process, her brain trying to figure out where her special nibble was, and when would she be getting it.  If Dolce was in High School, she would be the honors student, the one who never got in trouble, never cussed, smoked or slept around.  Teacher’s pet.

Amore on the other hand, would rise a brown-winged eyebrow, as if to question our sanity in asking her to perform the small learning task.  “You want me to do what”? she silently sassed, looking at us askew.  “Seriously?  Again?  How many times do I have to do this”?  First her ears would flick back and forth, then her two matching red-brown brows would draw together, frowning, not sure she wants to do as asked.  With a puppy pout and long drawn-out sigh, her eyebrows would twitch up and down once more before she followed the command.  If Amore was a teenager, she would be the rebellious 16-year-old, stealing a smoke behind the gym bleachers, swigging Jimmy B. out of a paper bag.  The horror student.

Between the head tilt and the brow lift, we never stood a chance.  One forty-five degree slant of the head and a five degree raise of the brow had us wrapped around every one of their paws.  It’s been that way ever since.  Four years later, Amore and Dolce are still irresistible.

Mix green chili and jalapeno with sour cream.  Season cooked rice with salt and pepper.  In a 2 quart casserole, layer the ingredients with the rice, then sour cream mixture and then Monterey jack Cheese.  Repeat the layers ending with rice on the top.

Bake at 350 F degrees for 25 minutes.  cover the top with the Cheddar cheese and sprinkle with paprika.  Bake another 5 to 10 minutes.