To kick off the holiday spirit, which in my calendar, starts right around the corner from the  Día de Muertos, (come on, I live in New Mexico), Malcolm and I host a Loop Group Celebration.  We open our doors, invite the whole neighborhood and lock the dogs in their pen.  We catch up on the happenings of those that live close by and those we wave to in passing, but never see (there is a little bit of guilt-trip thinking… if they eat our food, they won’t complain about the dogs). Even house numbers bring a cold appetizer, odd numbers bring a hot hor d’oeuvre.  Malc and I supply the beverages and the main substance, usually a spiral sliced ham from the Honey Baked Ham joint down in Albuquerque.  I serve the ham with homemade cornbread biscuits (Malc is from Georgia) that  is devoured and destroyed by the night’s end, leaving a just a few ham scraps and a huge bone.  Not enough for leftovers, not enough to throw away.  And nothing for Dolce and Amore to snack on. 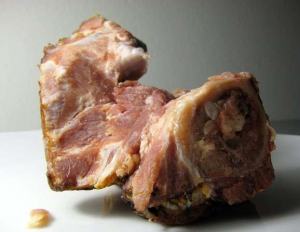 If it falls on the floor blog is a lot like our Loop Group party – everyone is invited and everyone brings something to the table.  Through “likes” and “comments”, “follows” and “views”,  we catch up on the happenings of those whom we enjoy reading.  The Wandering Gourmand is one blogger I make a point to read. I chuckle over his droll humor, his sarcastic absurdity.  I love how he can dig deep into some suds and produce a thumbs up or down on a beer.   TWG has become one of the ‘hood and If it falls on the floor’s resident beer expert.  While I pick a beer based on the cute label, TWG selects a fermented hop grounded in well-constructed depth and heart.

I had asked TWG to pair some beers with some of my cold weather chili/stews/soups.  Last week I think I sent him into a cardiac fit after he read the amount of jalapeno and chili powder in the recipe.  This week I’m hoping to lower his blood pressure…

Excerpt from The Wandering Gourmand  http://thewanderinggourmand.com/about/

Lately, I have become the beer pairing expert.  On a recent bachelor party in Charlestown, SC, I was tasked by almost each of the 12 partiers with picking out a beer to accompany their meal at Craftsman, a gastropub and tap house.  I’m not sure why.  (Maybe it’s the recent beard.  Beards and beer go hand-in-hand.)  Luckily, almost everyone ordered the Crunchy Dane so my job was easy.  It was only fitting then that Megs asked me to create beer pairings for a few recipes from her new cookbook.

I was stoked.  Not only do I enjoy her blog and the adorable (yes, even bearded beer experts can use that word) photos of her dogs, but I heartily support any blogger who can turn this hobby into a business.  I truly believe in the entrepreneurial spirit and love seeing the Internet allow ideas to generate household income be they products sold on blogs like Megs or artists selling their masterpieces on Etsy.

Please don’t be disappointed by the fact that the pairings are from the macro-craft breweries.  As much as I wanted to promote Natty Green’s Southern Pale (best pale known to beerkind), nobody outside of North Carolina could buy it.  Thus, you’ve heard of these beers and that’s the point.  They had to be accessible.

Mexican Ham Soup – More smoke.  I’m thinking something with bourbon– New Holland’s Dragon’s Milk.  The spice levels aren’t atomically high like the Beef Chili and Beer recipe.  A hearty, boozy beer would enhance the flavor of the smoked ham and chipotles.  In fact, the idea is so perfect that I think New Holland should brew a version with smoke chipotles added.  Just saying… 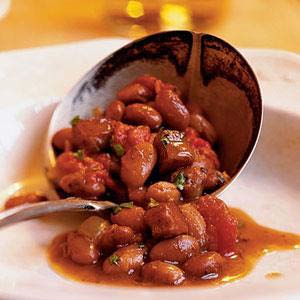 I am my mother’s daughter after all…   I couldn’t bare the thought of tossing the bone, so I came up with Mexican Ham Soup, aka Huraches Ham Chili.  WOW!  Perfect for the cold weather, great for large crowds, the smoky essence adds some hidden depth to the chili and a touch of the outdoors to your dinner.

Combine beans, broth and the next 8 ingredients in a large pot. Bring to a boil. Partially cover and reduce heat to medium-low. Simmer 2 hours. Stir in the tomatoes and chipotle chili, simmer another 30 minutes.  Discard bay leaves and bone and ladle soup into bowls. Top with grated cheese and sour cream.

For more delicious recipes and tails of the dogs, purchase If it falls on the floor, it’s mine! cookbook at http://www.amazon.com/dp/0615869823

3 thoughts on “hogs and blogs”