From day one, a dog should never be allowed to jump on people.  Nor should they ever leap or hurdle themselves at their human folks. Never should a dog misbehave or act out.  A dog should never lift those two front paws higher than a grasshopper.  From the on set of their training, a dog should learn who is in command, who is boss.  They should understand the most basic of commands such as “sit”, “stay”, “down” and “off”.  Not only should they learn these directives but they should obey them.  At all times.

And then we have our dogs.  Two of the sweetest, most precious spoiled brats ever. 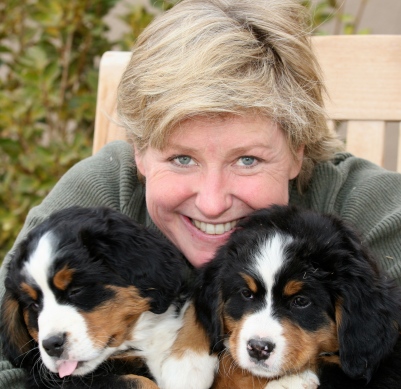 Obedience training was never a problem with their mother, Tiamo. She learned her lessons quick and fast.  She was obedient, well-behaved, and damn near perfect.  She was gentle, kind and calm.  Our mama was doggy royalty, she was so regal. Friends and neighbors would ask her over for visits, we were just tag-a-longs.  And she was asked everywhere.  Invitations were addressed to Tiamo and guests, Malcolm and I being reduced to being chauffeurs for our favored canine. Tiamo had been so easy be around, people flocked to her. Everyone loved her.

And, then we have Dolce and Amore.  Two of the most rambunctious, excitable troublemakers ever.

In the beginning puppy days, we tried to master Dolce and Amore’s training.  We tried to obtain the end-product of perfectly well-behaved dogs.  We wanted the kind of dogs that others would kindly whisper how well-mannered they were, how “good” they were. We wanted another well-trained Tiamo.

And we got Dolce and Amore. 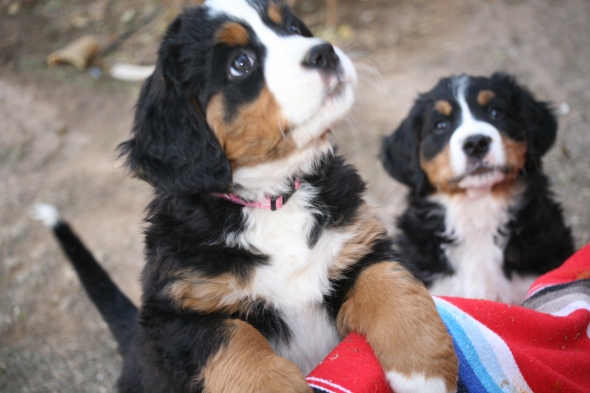 Good natured but not good mannered.  So good-looking but not so good at obeying orders.  Good at instigating canine capers but not good at staying out of mischief.

We’re not bad doggy parents.  Really we’re not! In the beginning, the girls weren’t allowed on the couch or the bed.  All furniture was off-limits.  That lasted all of five days.  We didn’t permit them to jump on us or give in to their silent pleas to sit on our laps.  Well, that lasted at least a good five hours.  Malcolm and I didn’t tolerate begging at the dinner table for scraps or sanction any counter-surfing.  That one lasted maybe five minutes, max.  We tried our best and found the system was broken.  Training for Dolce and Amore came to a halt.

There  was no way we could hold out against two of the most precious little puppies looking at us beseechingly with hope in their eyes.  There was no way I could command “OFF!” when my girls were giving me hugs as they welcomed me home.  I know, I know, dog hugs equate to jumping on me, paws at my waist, head at my chest.  But dog hugs are so precious.  A special dance between puppy love and human affection.

I gave up saying “DOWN!” when one of the girls crawled up on the couch to cuddle with me, their head on my lap.  I couldn’t give up our special time together. 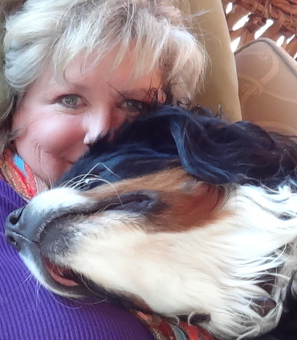 We no longer command “STAY!” when we really mean come, when the dogs are such a part of our family we want them with us.  Where we goeth, they goeth, only not to visit friends.  Our friends don’t quite know what to make of Dolce and Amore, especially after Tiamo.  High-energy and high maintainance, the girls require a dog-proofed house.  But damn if they aren’t happy dogs! 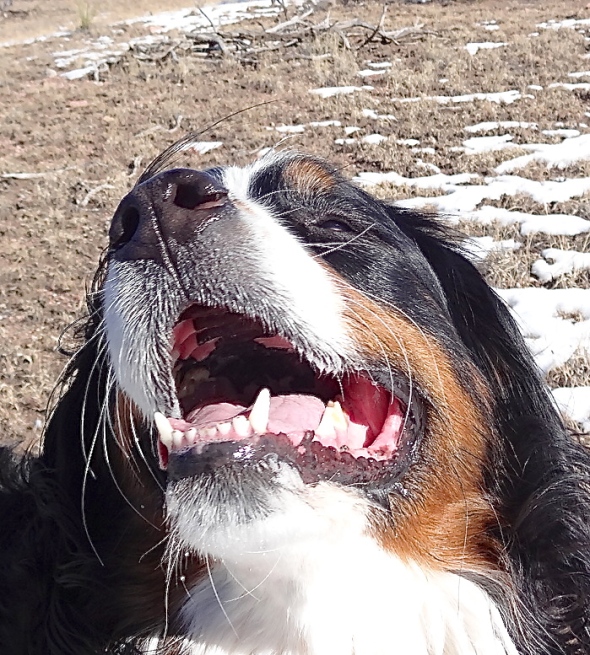 We’re so glad we got Dolce and Amore.