In the wake of social media and networking apps came selfies.  A high angle shot held steady by a selfie stick or an arm stretched to the high heavens, selfies are designed to appear casual and natural.  No airbrushing, no photo-shopping, and more importantly, at no cost.  Selfies exaggerate the size of ones eyes and minimize any double chin you may be working on.  The appeal of selfies came about from how cheap and easy they are to create and share.  Almost instantly.  The best part is the control they give the self-photographers over how they look.

It’s safe to say Kim Kardashian is officially People magazine’s queen of selfies.  She has legitimately earned the crown by taking Twitter, Instagram, and other just-click-here media outlets very seriously.  She even has her own set of selfie rules she adheres to. Not a day goes by without some comment, tweet or article rambling on about Kim’s latest picture post.  Well, move over Kim, there is a new bitch in town.

It didn’t take long for selfies to cross-over into the canine world.  Doggie self-portraits are popping up all over the internet in dog blogs and pet sites.  Pup pics, pooch Polaroids and puppy photos are filling up Instagram and Twitter accounts.  Pinterest is over-flowing with dog selfies.  Do a quick google search on mutt mugs and thousands of images of Fido selfies can be found.

The selfie trend took hold right around the time the girls were born and Amore jumped on the Instagram craze like a house on fire.  At three weeks, Amore took her first selfie.  A shy peek-a-boo portrait with big puppy eyes and paws. 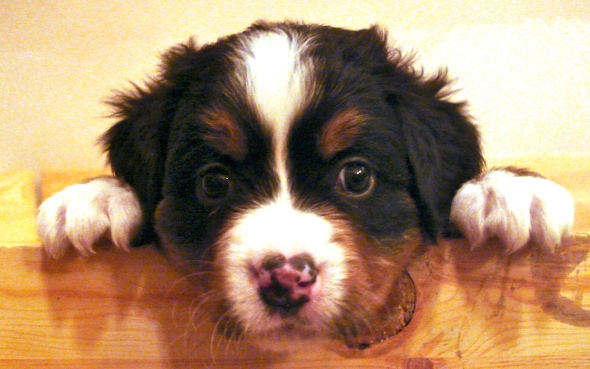 Next came her pensive selfie.  Two months old and she already knew her good side.

As Amore aged, her posturing adapted to her personality.  Her selfies emphasized her crazy, the photos defining her complex individuality. 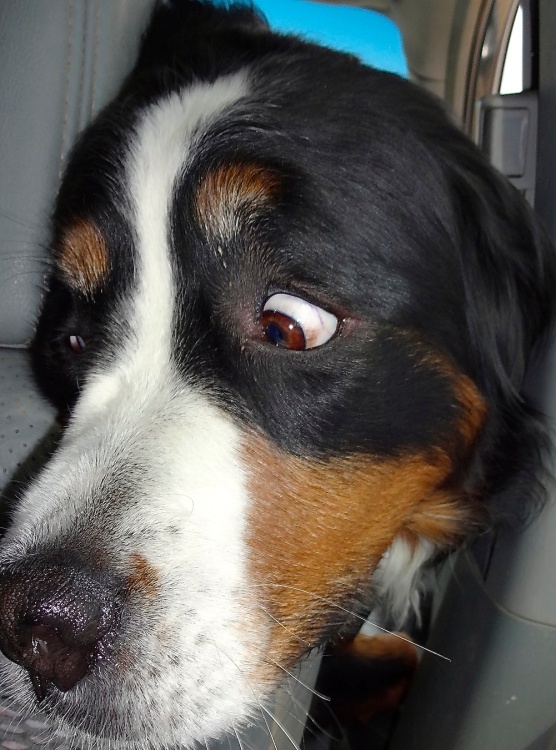 She had only one rule.  She had to be front row and center in the picture.  She didn’t share film or credits.

Snow only brought out more opportunity for snapshots. 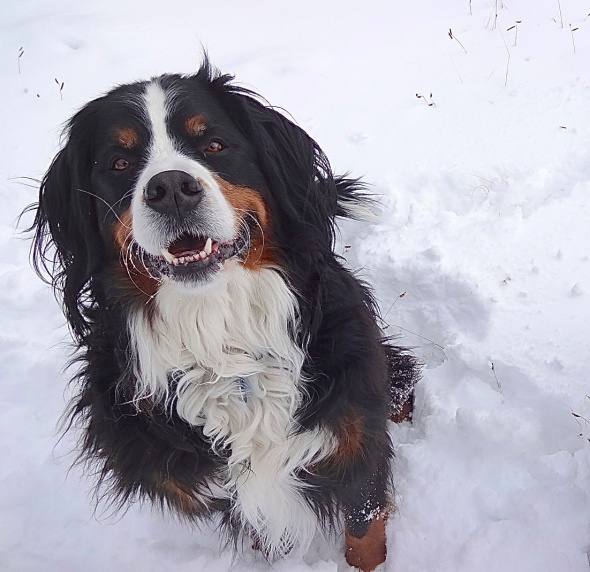 To our dismay, our cute little Amore had turned into a selfie slut.